Not a lot of new things this month. We are still waiting for news about the re-opening of the Roosevelt Park Recreation Centre. Until then, we keep sewing. In the meantime, we have been meeting once a fortnight at Paputzis in Linden where we have VERY good coffee and eats that are even better. It is also very nice to see one another again. We have a new young member who has joined us both times, and we are hoping that the members of a hardanger quartet will join us tomorrow. It’s exciting that we are attracting new members while enjoying the ambience of a very nice restaurant garden.

Embroidery classes are available in various places in Johannesburg.

A few of you have had problems finding “Threads,” the embroidery shop that used to be situated in a house in in Linden. They have moved, and are open at
60 Sixth Street in Linden. With all the building going on at the corner, it’s difficult to see them. If you stand facing all that building work in Sixth Street, keep going right, past the hawkers, and stop at that first block of flats, which is partly hidden by all the building activity. “Threads” is in the ground floor, right-hand flat. There is a notice in the window, but I shall ask them to put a notice on the fence where it is more visible, at least during shopping hours (10h00 to 12h00 on Wednesday, Fridays and Saturdays, but 10h00-14h00 on Tuesdays and Thursdays).

I hope you all keep well. Keep the Embroidery flag flying, and hopefully we’ll meet again sooner rather than later.

Please help with information about this piece

Information about this piece, including who worked on it, has been lost. If you know anything about it, please contact the Chair of the Guild via email at witsembroidery@gmail.com 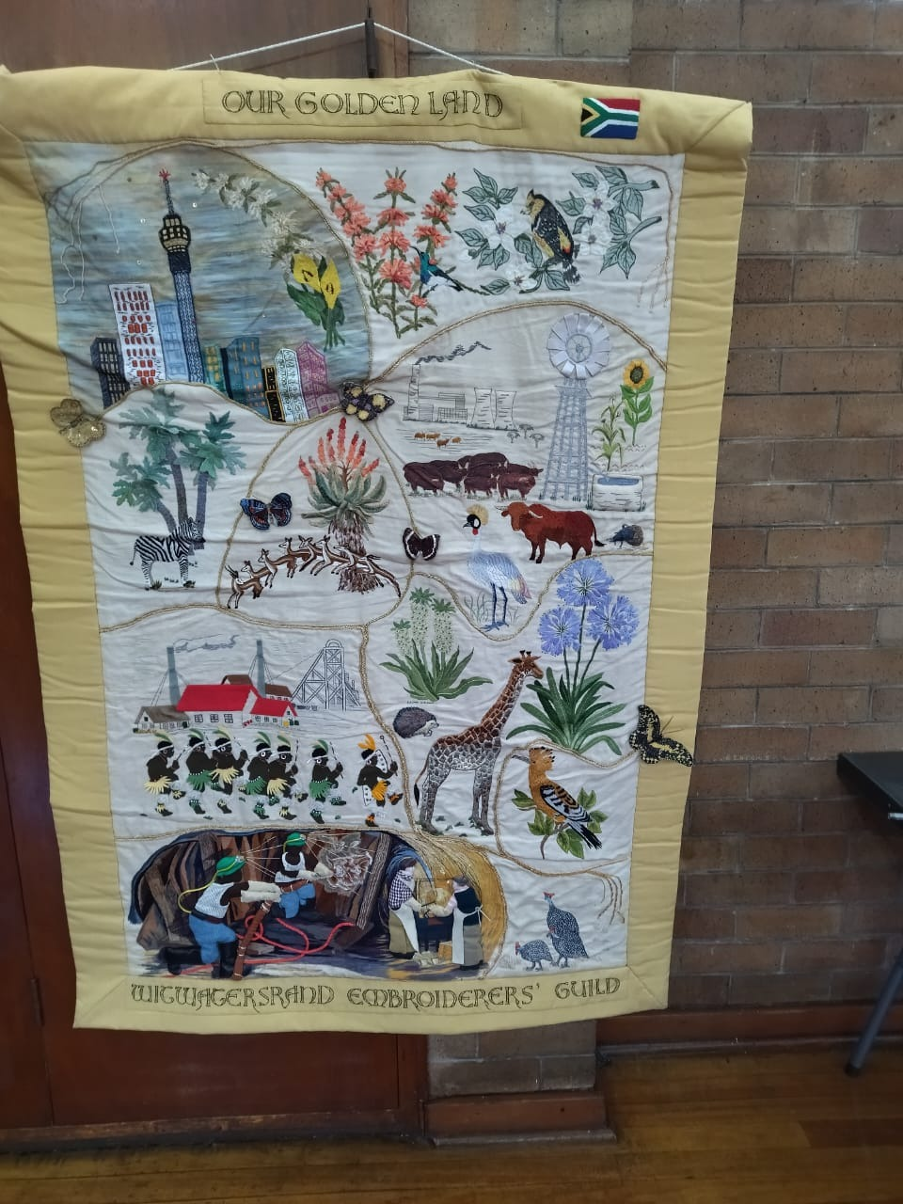